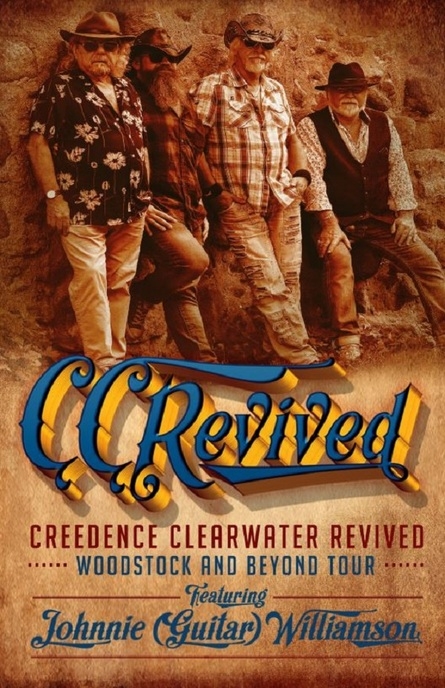 This year John and his band will be performing the complete WOODSTOCK set list that John Fogerty and the band performed all those years ago.

The Creedence Clearwater Revived  line up is made up of two current members of The Troggs:  Chris Allen and John W Doyle and the foundation of the band is laid down by 1960's Rock and Roll Veteran  Walter Day.

This is a rare chance to see a classic British Blues Icon perform a classic American Set.

Johnnie and the band will also add many other iconic CCR songs to the show making it an amazing and highly accomplished two hour set.