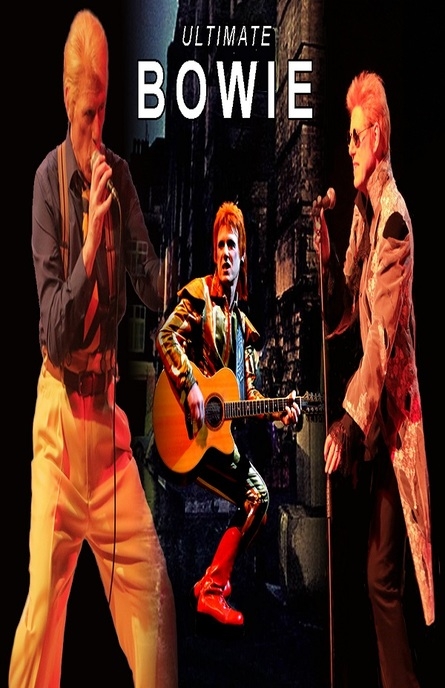 ***ALL TICKETS REMAIN VALID FOR THE NEW DATE***

On January 10, 2016, the world lost a great music legend, David Bowie. The legacy he left his fans is a superb catalogue of music from a stellar 40+ year career

In an authentic celebration and salute to David Bowie ULTIMATE BOWIE starring Ed Blaney will transport you across the golden years of Bowie, from Space boy to Superstar.
Media in the UK, internationally and, more importantly for Ed, the Bowie fans reviews, highlight the fact that Ed possesses Bowie’s awe-inspiring vocal prowess. A performer who easily commands the eyes of the audience every moment he is on stage, Ed blends past and present, showing the many sides of Bowie’s personalities. Precise attention to detail has been taken under Ed’s musical direction of his seven-piece band through to the costumes he wears to "recreate" Bowie in spectacular style.

The band is not called “Ultimate Bowie” for nothing – This show captures the essence and authenticity of David Bowie in concert!

“I could close my eyes and swear I was listening to Bowie himself. It was remarkable, and impressive”  Kiwireviews.co.nz

“Magical, captivating, and eerily accurate. See it to believe it.”